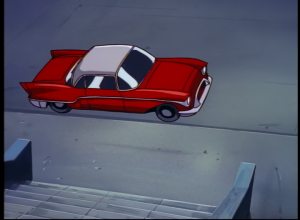 Elisa's Car is a red, 1950's American automobile used both as her personal car and her "squad car". Elisa drives it while on patrol of Manhattan and more distant locales such as Black Rock Point.

With the exception of one instance, Elisa has never let her partner, Matt Bluestone drive her car. ("Legion")("Revelations") 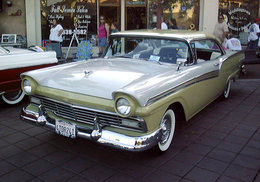 Elisa's car was a hybrid of several automobiles, but based on a model Frank Paur bought while in Tokyo, visiting Walt Disney Television Japan. [1]

Despite popular belief in the Gargoyles fandom, it is not a real car. The animated rendition shares physical similarities with the Ford Fairlane as well as the Cheverolet Bel Air, but no one example is exact.