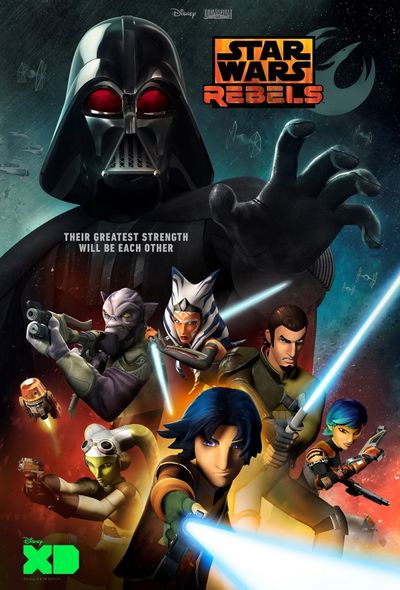 Star Wars is a space opera series consisting of two trilogies. The first trilogy was Star Wars (1977), The Empire Strikes Back (1980), and Return of the Jedi (1983). The second (prequel) trilogy was The Phantom Menace (1999), Attack of the Clones (2002) and Revenge of the Sith (2005). Currently, there's a third (sequel) trilogy being released with The Force Awakens (2015) and The Last Jedi (2017) as the first two installments. A stand-alone, Rogue One was released in 2016. In addition to the films, various forms of merchandise connected to the franchise have been released.

The following Gargoyles cast members appeared in Star Wars Rebels. They are listed in alphabetical order.

References to Star Wars in Gargoyles

References to Gargoyles in Star Wars

Star Wars and Gargoyles have shared some of the same talent. Stephanie Lostimolo was an artist and colorist on Revenge of the Sith film and was a colorist on the SLG Gargoyles comics.

Greg Weisman listed Star Wars and The Empire Strikes Back among his favorite films. [4] He has a low opinion of Return of the Jedi and Attack of the Clones. [5] [6] [7] [8]

In May 2013, it was announced that Greg Weisman would be one of three Executive Producers for the first season on the new Lucasfilm and Disney animated series, Star Wars Rebels, which debuted in October 2014. [9][10] That same month it was also announced that Weisman had begun work for the new comic, Star Wars: Kanan: The Last Padawan. [11][12]