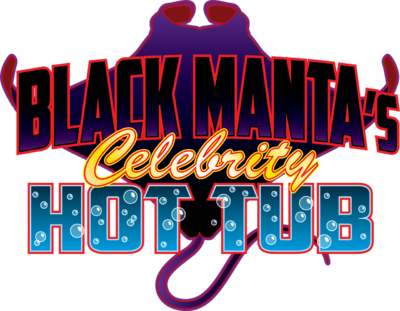 "The Cosmos" was a Radio Play produced for CONvergence 2016 in Bloomington, Minnesota. It was performed on July 2nd, 2016.

This story took place after "Phoenix", "Final Curtain", and "Endgame". It is a non-canonical crossover between Gargoyles, The Spectacular Spider-Man, and Young Justice. It is also a sequel to "Religious Studies 101: A Handful of Thorns" and "Recruits" and is followed by "Musicology 101: Songs of the Theme".

Broadway, Lexington, and Angela have joined The Team, while Spider-Man has not as he would need to inform his Aunt May of his secret identity.

Meanwhile, at Black Manta's Celebrity Hot Tub, Cheshire, Maggie the Cat, and Black Cat sing back up as Black Manta zaps his guest, Black Beetle and atomizes him.

Brooklyn, Katana, and Fu-Dog are seeing Angela off at the Eyrie Building's newly installed Zeta Tube, Angela having been summoned to the Watchtower by Aqualad for a mission. Brooklyn and Katana aren't worried about Angela on this particular reason, and Katana cryptically mentions that "sometimes the timestream provides".

Angela then zetas to the Watchtower where she joins Aqualad and the rest of The Team's Alpha Squad (Blue Beetle, Wonder Girl, Wolf, and Kid Flash... formerly Impulse). Aqualad briefs them that two days ago, a group of scientists met in a hotel in Bloomington, Minnessota to discuss the possibility of creating practical time travel. Angela argues that it's impossible to travel through time without the Phoenix Gate, but Kid Flash disagrees... being from the future, he says that today was the start of real time travel. Wonder Girl suggests that these scientists would be prime targets for the Light, and Angela adds the Illuminati as well.

We return to Black Manta's Celebrity Hot Tub where the Green Lantern, John Stewart is Manta's guest. After briefly confusing him with the former host of The Daily Show (Black Cat laments Jon Stewart's departure while John Stewart sticks up for Trevor Noah), Manta zaps Stewart and atomizes him.

At Bloomington, Peter Parker is attending the time travel seminar while Zatanna is performing a magic act at the hotel for CONvergence and Captain Marvel has entered the cosplay contest. The Team arrives, and Peter changes into Spider-Man when his spider-sense tingles. James Kakalios, the lead scientist, meets with the heroes and shows them his prototype time travel device... which doesn't work yet, until Kid Flash races around the device at super-speed making adjustments, inputting data, etc and activates it. This prompts Dr. Octopus to attack and steal the device for the Light. The Team retaliates and Kid Flash's kinetic energy accidentally activates the device, transporting them into the timestream.

The Team arrives in Ancient Egypt, outside of a royal palace, but Doc Ock is missing.

Elsewhere in Egypt, Vandal Savage has gathered some "enlightened colleagues" to create or co-opt a network of operatives, and refers to his enemies, Prince Khufu and Princess Chay-Ara as well as the gods, Thoth and Isis, as champions of stagnation. He intends to force the human race to progress on a more advanced schedule... allowing the Earth to take its rightful place at the center of "the Cosmos." Savage declares his group's name to be The Cosmos when Dr. Octopus approaches him, and when Savage asks who sent him, Ock responds: "You did."

Back at the royal palace, Khufu confronts the time travelers, and Aqualad introduces himself as an Atlantean. Khufu orders their arrest, believing that an Atlantean must be part of Vandal Savage's evil cabal.

After Doctor Octopus tells Vandal Savage where and when he came from Savage welcomes him into the Cosmos, and introduces him to Teth-Adam (who wishes to overthrow Prince Khufu); Arion, Lord of Atlantis (who wishes for Atlantis to rise again); Hippolyta, Queen of the Amazons (who wishes to make the world of men suffer for their crimes); and Beetle Blue (an alien scarab attached to a human host body scouting Earth for the Reach); and Nabu, a Lord of Order... just a helmet whom Vandal requires a host for; Doc Ock won't volunteer.

At Black Manta's Celebrity Hot Tub, Black Lightning refuses to get into the hot tub unless Black Manta removes his helmet... Black Manta begrudgingly does so, revealing an afro shaped like his helmet. Lightning gets into the tub then Manta's afro frizzes out from the humidity, and then Manta blasts Lightning with his shoulder rocket-launcher.

At the royal palace, Princess Chay-Ara convinces Prince Khufu to give the time travelers the benefit of the doubt. Zatanna summons Isis to prove they can be trusted. Isis determines that Zatanna's heart is true (and she has a dirty mind about some boy named Grayson) and that she can be trusted. Princess Chay-Ara is now confident that they can defeat the Cosmos. Khufu and Chay-Ara don their Nth Metal wings and lead Alpha Squad into battle.

The heroes face the Cosmos where Aqualad informs Arion that he was a legend for bringing peace to Atlantis. Wonder Girl tries to convince Hippolyta that she was both a second mother to her and she taught her to fight for peace, not vengeance. Arion and Hippolyta consider their words and leave... when Khary Payton breaks character and scolds Greg Weisman, the Narrator, that it was that easy.

Zatanna and Isis attack Beetle Blue, cleansing the host and causing the scarab to fall off. The Host-Girl then proceeds to don the Helmet of Fate, much to Vandal Savage's approval. Isis then summons Thoth, who considers himself an expert in avatars and uses the Tanna Leaves to purge Nabu from his vessel. The Host-Girl is now free, vowing to never pick up a scarab or a helmet or... she then finds a ring on the ground and says it's "absolutely... precious" Savage grumbles that next time he's using a Lord of Chaos. Thoth than writes his spell down in a scroll... and makes it clear that he's writing the Scroll of Thoth and hiding it in a secret Temple of Anubis inside the Sphinx. Zatanna cries because she thinks she finally knows how to release her father.

Captain Marvel engages Teth-Adam, but he's not any where as powerful as Teth-Adam, and tells him that in the present he knew Teth-Adam as Black Adam and then summons...

... Black Manta's Celebrity Hot Tub. Manta demands that Teth-Adam get into the tub and as soon as he does, Manta zaps him, atomizing him.

With the Cosmos defeated, the heroes have Vandal Savage and Doc Ock surrounded. Before they can escape into time, Kid Flash destroys the time machine and Spidey webs Doc Ock and knocks him out. Prince Khufu banishes Vandal Savage from Egypt... and Khufu is sure that Savage will never trouble anyone ever again. But the time travelers are trapped. The Team and Spidey are unsure of what will happen, but Angela isn't worrying for the timestream provides... and then the Phoenix appears carrying a younger Brooklyn, Katana, and Fu-Dog. Angela tells Brooklyn not to give up hope about returning home, and the phoenix takes them all back to 2016, but to Star City where the ganglord, Brick, is about to commit a crime, but is confronted by Cyborg, who is joined by The Team.

Brick is defeated and dropped off at Belle Reve and Doc Ock is returned to Ravencroft. The heroes change to their civilian identities (except for Angela who lacks one) and gather in Black Manta's hot tub... much to his chagrin.