From GargWiki
(Redirected from Lostimolo, Stephanie)
Jump to: navigation, search 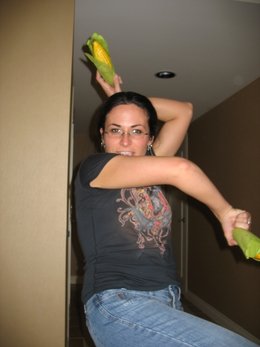 Stephanie Lostimolo is one of the premier digital colorists in the US and a veteran of George Lucas's JAK Films Art Department, where she worked with the core creative team as an artist and colorist on Star Wars: Episode III, Revenge of the Sith. Stephanie was the lead colorist on the epic fantasy, The Katurran Odyssey, published by Simon & Schuster in 2004. She is also the illustrator for the new independently published children's book series, Beba Stories. In addition to developing her own projects, Stephanie provides concept design for production companies and film studios including Paramount and Miramax. She lives in Oregon.

Stephanie was the cover colorist, for the first six issues of SLG's Gargoyles comic book, the first issue of Gargoyles: Bad Guys, and was the interior colorist for Clan Building, Chapter Five: "Bash".