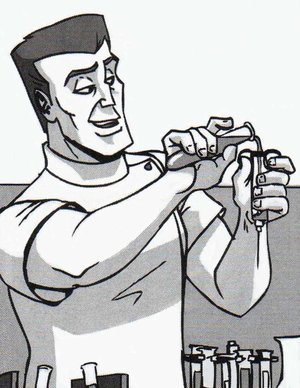 All mutagenic formulas have been created by Anton Sevarius. Sevarius created the mutagen by splicing various genes from whatever species he desired and grafting them into the mutagenic formula. Apparently, the formula also includes some sort of chemical that causes the targets' cells to incorporate the new genetic material. Mutagenic formulas can contain DNA from one species or several different ones.