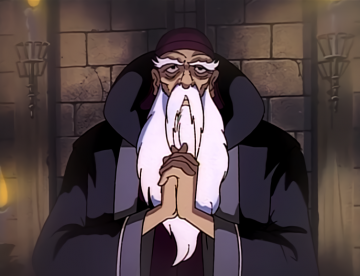 Rabbi Loew was a rabbi who lived in Prague in the late 16th century.

To protect the Jewish community there from pogroms, in 1580 he created the Golem and brought it to life, then instructed it in its purpose. He is an ancestor of Max Loew. ("Golem")

Rabbi Loew's initial creation of the Golem may have been inspired by accounts of stone protectors outside of Prague. [1]

Rabbi Loew was a real historical figure. His full name was Judah Loew ben Bezalel (1513-1609), and he was a noted rabbi in Prague during the late 16th century, famed for his scholarliness; even the Holy Roman Emperor met with him in 1592. His fame led, in time, to his being credited with having created the Golem, the story originating in the mid 18th century.