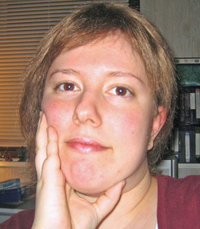 I'm not sure when exactly I became a fan of Gargoyles, but I know it was sometime around the first airing of middle second season. I've been a true-blue fan since then, and no other tv show has affected me as strongly. I'm so happy to be apart of the great Gargoyles online community. I've never been to a Gathering, but I WILL go someday (Honest!)

My current project is writing timelines for individual articles. (Why am I the only one doing this guys? ;P) Those that are done so far:

(ugh, still gotta work on these)

I have also provided most of the short summaries for the episodes, and all of the quotes.