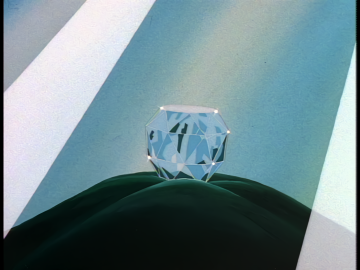 Coyote Diamond is the world's largest diamond, known for its flawless surfaces and clarity.

Two years later, Xanatos incorporated the diamond into the body of Coyote 5.0. ("The Rock") This was to speed up Coyote 5.0's light-based mental processes, making its A.I. more enhanced than previous models. [1] Coldsteel returned it to Xanatos after Coyote 5.0 was demolished by Coldstone. ("Rock of Ages")