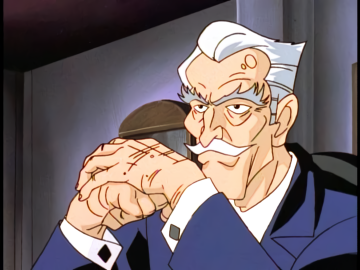 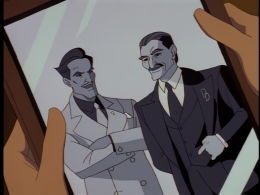 Mace Malone and Dominic Dracon in the 1920's.

Mason E. Malone, usually referred to as Mace, was a gangster and an Illuminatus.

Born in 1895, Mace Malone was a leading gangster in the 1920s, an expert on underworld dealings. [1] The Illuminati recruited him because of this, and made him disappear in 1924 when the organized crime syndicates became aware that Malone had made them vulnerable to the Illuminati. Malone remained in the Society, his longevity extended by rejuvenation drugs that the Illuminati supplied him with. ("Revelations")

Before his disappearance, Mace Malone and Dominic Dracon had been partners, and together stole a good-sized amount of diamonds; Malone kept them all, however, and for a practical joke, duped Dominic into looking for them in a "silver falcon", this being a "silver falcon" sculpture atop the Apex Tower; what Malone had concealed there, however, was only a bag of marbles and a mocking note (Malone had given the real diamonds to the Illuminati as an admission fee). ("The Silver Falcon") [2][3]

In November 1995, Matt Bluestone became aware of Mace Malone's possible links to the Illuminati, and finally contacted him. [4] Malone offered to make Matt an Illuminatus if he turned Goliath over to the Illuminati at the Hotel Cabal. 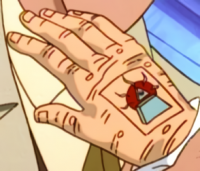 Matt initially did so, but ultimately helped Goliath escape. In the confusion, Mace Malone lost the hotel key that he needed to protect himself from the Hotel Cabal's traps, and was himself unable to escape. Malone was last seen desperately seeking a way out of the Hotel, but he finally died of dehydration. [5] ("Revelations")

Before Mace Malone disappeared, he was married to Flo Dane, a noted silent film star, and was stepfather to Jack Dane, her son. Since he secretly attended her memorial service and visited her grave every Thursday to lay a rose there until his death, he seems to have preserved some feelings for her, even after he left her.

At the time of his death, Malone held an Illuminati ranking in the high twenties. [6]