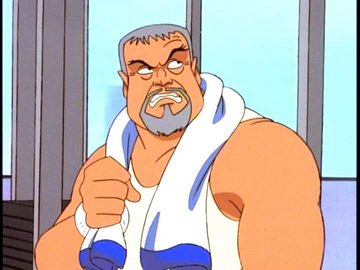 Jackson Dane was born around 1919. [1][2] In 1924, when he was five years old, Malone abandoned him and his mother at the Illuminati's orders. Jack followed his stepfather's footsteps, entering the world of organized crime, and he became a member of the Dracon gang. [3] He later turned against the Dracons for unknown reasons. After testifying against them in court, Jack Dane entered the Witness Protection Program, taking on the new name of "Jack Danforth" and assuming the identity of a retired banker who spent his time at the V-Shape Health Club. [4][5] Martin Hacker informed Matt Bluestone about Jack Danforth, mistakenly believing that it would be another false lead, but Jack was able to help Matt locate Mace Malone. ("Revelations")

Jack eventually left the Witness Protection Program and would also have another encounter with Matt Bluestone. [6]

Later on, when Tomas Brod came to New York City and entered into a turf war with Tony Dracon, Jack came out of "retirement" to assist him. After Elisa, the trio, and Angela defeated Brod's forces, however, Jack quickly found himself behind bars. ("Turf")

Jack feels strongly that Mace Malone is a bum.