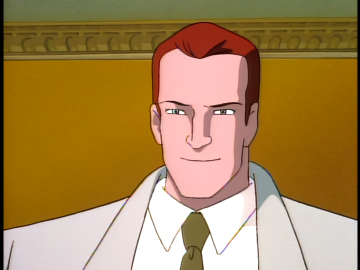 Matthew "Matt" Bluestone is Elisa's partner in the New York Police Department and the head of the Gargoyle Taskforce.

Matt was born in 1964 and was an only child raised with a Jewish background. [1]

Originally joining the FBI in 1987, Matt was partnered with Martin Hacker, but he was dismissed in 1992 because of his obsessive search for the Illuminati. Matt had somehow become aware of the Illuminati's existence, and promptly embarked upon a quest to obtain proof of its existence and then shut it down. Matt was unaware of the fact that Martin Hacker was a member of the Illuminati and that the Illuminati arranged for the two to be partnered so that Hacker could report to the Illuminati on Matt's progress and ensure that Matt only investigated dead end leads. His superiors in the FBI apparently considered his obsessive mission an indication that he was unstable and fired him -- likely in the form of a forced resignation. By 1994, Matt had entered the NYPD's 23rd Precinct. [2]

There, after helping Captain Chavez arrest Tony Dracon for the theft of Xanatos's particle beam accelerator weapons, he was assigned to Elisa as her partner, much to her chagrin at first. Matt soon became aware of the gargoyles, and began to search for proof of their existence, alongside that of the Illuminati. However, Elisa managed to see to it for a long while that he never found any. ("Deadly Force", "The Edge", "Legion")

Matt's quest for the Illuminati soon began to focus on Mace Malone; Matt believed (correctly) that Malone's disappearance in 1924 was due to the Society. Due to an intentionally bad lead from Martin Hacker, Matt's first investigation for Malone led him down a dead end (to Tony and Dominic Dracon's search for Mace Malone's jewels, in fact). ("The Silver Falcon") Matt finally confronted the old gangster at Pine Lawn, thanks to a tip from Malone's stepson, Jack Dane, who Martin Hacker wrongfully assumed would be another dead end. Malone offered to induct Matt into the Illuminati if he turned a gargoyle over to them, and informed him of Elisa's friendship with the gargoyles; a tip he received from David Xanatos.

By this time, Matt and Elisa had become trusted allies and friends, and he felt hurt and betrayed that his partner had kept the gargoyles a secret from him for so long. Elisa finally relented and introduced Matt to the Manhattan Clan, who accepted him warmly, and Matt became aware of the gargoyles' true noble nature. Matt then persuaded Goliath to accompany him to Malone's Hotel Cabal, where he planned to obtain proof of the Illuminati's existence. When they got there, Goliath was separated from Matt and forced to undergo torturous trials in the various rooms of the hotel. However, Matt and Goliath had previously implemented an escape plan for the gargoyle while Matt pretended to be on Malone's side. When Malone threatened to kill Goliath, Matt had no choice but to reveal where his true loyalties lie, and saved Goliath's life, believing that he blew his chances at getting in good with the Illuminati. Malone never got to tell his story, however, as he was left by the Illuminati to rot in his own death trap. The Illuminati was so impressed by Matt's perseverance and his success at bringing Goliath to the Hotel that they made him a member. He was inducted by Hacker, who turned out to be another Illuminatus, to Matt's shock. ("Revelations")

After Goliath, Bronx, and Elisa's sudden disappearance, Matt got word from Halcyon Renard about her situation, which he relayed to both the Trio and Hudson as well as Captain Chavez.[3] Sometime after, he received news from Peter Maza that Diane encountered Elisa, Goliath and Bronx in Nigeria and passed the message again to the clan.[4] Matt would also have another encounter with Jack Dane before running into him again at Brod's favorite restaurant. [5]

After the gargoyles were revealed to the world, Matt was made the head of the Gargoyle Taskforce. Because he was a friend to the clan, Matt did all that he could during the Taskforce's first encounter with the gargoyles at Saint Damien's Cathedral to avoid capturing them, and allowed Xanatos to rescue the clan. ("Hunter's Moon Part Three") He also appeared on Nightwatch in an interview with Travis Marshall to stress the fact that the gargoyles were not a danger to the public - although judging from how many recruits Castaway was able to gain for the Quarrymen, not too many New Yorkers seem to have believed him. ("Nightwatch")

Later, Matt encountered Martin Hacker again, much to his annoyance, when the latter interrupted a Gargoyle Taskforce meeting and introduced himself as the Federal Liaison. Hacker told Matt that he and the Illuminati approve of Matt's taskforce running interference for the gargoyles. But as Matt knows, Hacker and the Illuminati aren't always to be trusted. ("Invitation Only") 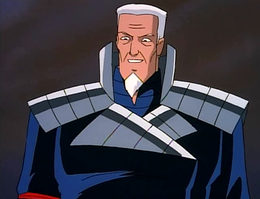 Matt was a part of the resistance against Xanatos's tyranny. He was disintegrated by Xanatos's Mutate troops, alongside Claw and Bronx. ("Future Tense")

When Captain George Stacy reported to the 23rd Precinct that witnesses saw a gargoyle involved in the Ravencroft breakout, Captain Maria Chavez directed him to Matt Bluestone and the rest of the Gargoyle Taskforce. Later that night, Matt called Elisa to get help from the Manhattan Clan after Dr. Octopus, Vulture, and Electro broke into an Oscorp vault to retrieve Dr. Octopus's arms (the Green Goblin and Dominic Dracon were also spotted in the vicinity of the vault). Through all the commotion, Dracon eventually suffered a stroke and died while Matt performed C.P.R. on him.

When Alex was kidnapped, Matt worked with the rest of the NYPD in trying to find him. He and the NYPD also worked to protect visiting international peacemaker, Egon Pax. ("Ransom", "To Serve Mankind")