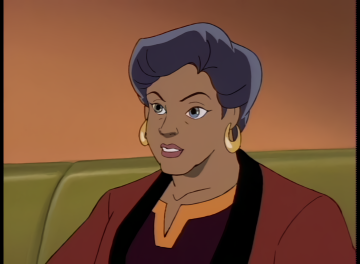 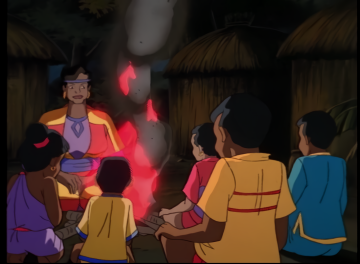 Diane is of Nigerian ancestry, although she herself was born in New York. She met and married Peter Maza not long before 1968, and they became the parents of Elisa, Derek, and Beth Maza. [1]

Elisa and Diane have always been somewhat distant from each other. Elisa felt that her mother intruded too much on the details of her life, so she would close herself off from her. Derek on the other hand is very close to Diane and looks to her for advice. Diane even helped convince him that he should work for Xanatos if that's what he really wanted (unaware of the dire consequences of that decision). ("Her Brother's Keeper")

Diane was studying in Nigeria when Elisa arrived with Goliath, Angela, and Bronx on their Avalon World Tour. Diane accompanied them on that adventure where they tracked down Fara Maku and Tea Gora to Kara Digi and defeated Anansi. It was during this time that Diane persuaded Goliath that he should act as a father towards Angela, reminding him that Angela was the only one of his children with him, and that treating her as his daughter didn't mean he loved his other children any less. Diane also made peace with Elisa at the end of this adventure, promising not to be as intrusive in her life, while Elisa was finally able to open up to her mother. ("Mark of the Panther")

Diane will, at least initially, be uncomfortable about Elisa's relationship with Goliath (though she'll try not to be) and ultimately want to make sure Elisa was fully aware of what she was sacrificing. [2][3]

Diane Maza currently teaches at Columbia University, specializing in African studies. [4] She is a gifted storyteller and familiar with African legends, particularly those of her Nigerian ancestors. Like Elisa, Diane hates spiders. ("Mark of the Panther") Diane is also a protestant Christian. [5]

Diane Maza was named after Diane Duane, a writer on the Gargoyles production team.