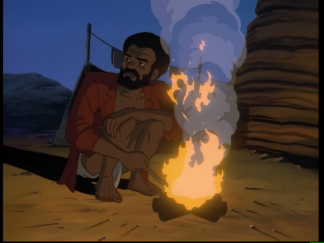 The Shaman is a human and an Aboriginal magic-user.

When Dingo returned to Australia after leaving the Pack, he sought the Shaman's assistance at Uluru. He became Dingo's spiritual advisor and helped Goliath and Dingo reach the Dreamtime, so that they could communicate with the Matrix. ("Walkabout")

After Matrix and Dingo joined forces as a superhero team, the Shaman continued to provide guidance to them both and encouraged them to join Hunter's newly forming Redemption Squad when she arrived to recruit them. ("Strangers")