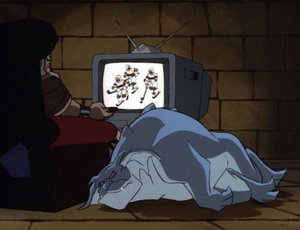 Celebrity Hockey is a television sports program of which Hudson is particularly fond. ("A Lighthouse in the Sea of Time") His favorite team are the B-Players. [1] It was aired as a New Year's Eve Marathon at the end of 1996. ("Estranged")

Characters voiced by each of these actors appeared in "Estranged", with the exception of Brent Spiner, who voiced Puck, and was thus presumably included because of the dual-meaning of the word 'puck' in the situation.