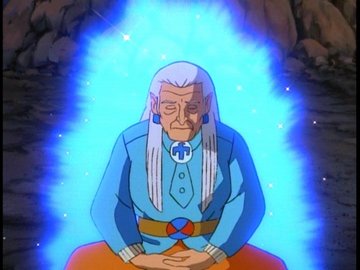 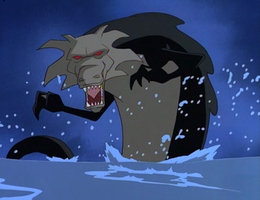 Grandmother is a Child of Oberon. 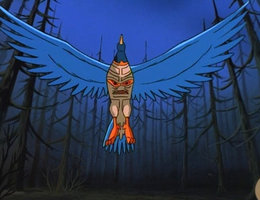 Grandmother spends most of her time in the mortal world in the Pacific Northwest, particularly in the Haida settlement on Queen Florence Island, where she serves as an advisor to the humans there, and particularly to the chieftain. Whenever Raven appears to take over the island, Grandmother will advise the chieftain to climb to the top of the trickster's volcano and rout him in battle. She also helps see to it that the Haida will not forget their ancient customs.

After the Haida agreed to abandon the island (which had been dying off for some time), Grandmother tried to convince the island's families to stay. Grandmother also found herself faced with particular difficulties in dealing with Natsilane, who was a complete and utter skeptic about Raven and other matters magical. In the hopes of convincing him that creatures of legend do exist, Grandmother shape-shifted into first a sea monster, then the Thunderbird, in the hope that he would catch a glimpse of one of them and believe (she had to act as subtly as she did because of Oberon's Law).

However, on both occasions Natsilane did not see her, but she came into contact with Goliath and Angela, who misinterpreted her intentions (particularly thanks to their having been duped by Raven into believing that Grandmother was an evil sorceress), and fought against her. In the end, however, Grandmother did succeed, with the help of the gargoyles and Elisa, in convincing Natsilane to fulfill his duty, and after Raven was defeated, restored health to Queen Florence Island. ("Heritage")

Grandmother is one of the wisest and most benevolent of the Children of Oberon. She usually appears in the form of a wise old woman of Native American descent, but can take on the form of a sea monster or of the Thunderbird at will.

The figure of Grandmother appears in many Native American myths as a benevolent figure, often a teacher, in the form of an old woman.