Rain of the Ghosts 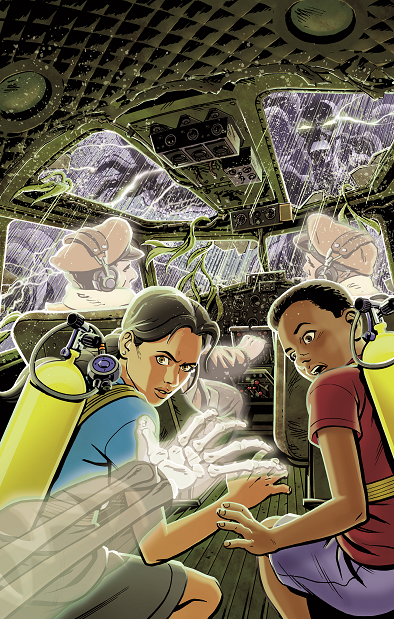 Rain of the Ghosts is a young adult fantasy book by Greg Weisman, published in 2013. It tells the story of Rain Cacique, a thirteen-year-old girl living in the Ghost Keys (a group of tropical islands near the edge of the Bermuda Triangle), and is the first book in a projected nine-book series. [1][2]

Rain of the Ghosts was published on December 3rd, 2013. [3] Its sequel, Spirits of Ash and Foam, was released on July 8, 2014. It was recently announced that the third book in the series would be called Masque of Bones. [4][5]

In 2015, Greg Weisman launched a Kickstarter campaign to finance and complete the post-production of an AudioPlay adaptation of the first novel. [6]

The following Gargoyles cast members star in the AudioPlay. They are listed in alphabetical order.

In addition, the AudioPlay was casted and voice directed by Curtis Koller, Jamie Thomason, and Greg Weisman.

References to Gargoyles in Rain of the Ghosts

Originally created by Greg Weisman while he was in development at DreamWorks Television Animation as an animated series and purchased by Nickelodeon, the show for various reasons never got made. A version of the hour pilot (written by Weisman) would eventually become the first Radio Play at the second annual Gathering of the Gargoyles. [7][8] The characters of Bernie and Maude (then-called Marge) were indeed an allusion to Gargoyles' Brendan and Margot. [9]