From GargWiki
(Redirected from Vogel)
Jump to: navigation, search 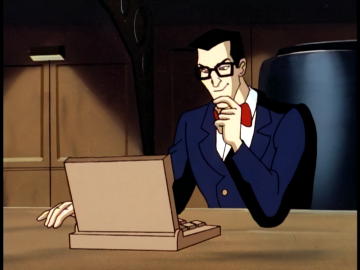 By 1995, Vogel had been an employee of Renard's company, Cyberbiotics, for many years and had become Renard's most trusted aide. However, while Vogel greatly respected his employer, he was less dedicated to Renard's ideals of integrity, honesty and responsibility. Prior to the maiden flight of Fortress-2, he was approached by Fox who wanted to bankrupt Renard so that she could take control of the company. Per her instructions, he agreed to sabotage the cybots manning the airship (using Voice Override V7R9) so that they would crash the ship into Cyberbiotics Tower. He also framed Goliath for the sabotage. However, when Vogel realized that Renard was willing to risk his life by staying on board to prevent the collision, rather than escaping as Vogel had hoped, he was so moved that he chose to stay and help his employer. Goliath afterwards forced Vogel to confess having been part of Fox's scheme. Renard, while disappointed and disgusted, finally forgave Vogel and kept him on for having chosen the honorable path in the end. ("Outfoxed")

As part of a plan for Renard to stave off his wasting sickness, Vogel accompanied Renard to Prague in 1996 and assisted in transferring Renard's soul into the Golem. ("Golem") That spring, without Renard's knowledge, he conducted a rain forest-clearing operation in Guatemala for Cyberbiotics, which brought him into contact and conflict with the local gargoyles. He later employed (also without Renard's knowledge) Jackal and Hyena to destroy the Mayan Clan, but when they failed, decided to call off the operation altogether. ("The Green") [2]

Vogel accompanied Renard to the Eyrie Building to celebrate the birth of Renard's grandson, Alexander Fox Xanatos. When Oberon arrived to take Alexander away, Vogel assisted Renard on board Fortress-2 during the battle. The ship was brought down by Oberon's ice-storm, although Renard and Vogel managed to land it safely in Central Park. ("The Gathering Part One", "The Gathering Part Two")