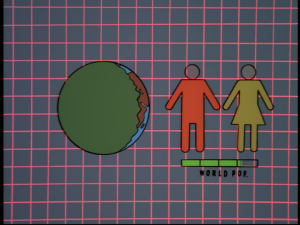 Operation Clean Slate was Demona's term for the scheme that she devised to destroy humanity.

To carry out this scheme, she first obtained the Medici Tablet in Florence in 1495, and then the Praying Gargoyle in Paris in 1980. Then she employed Sevarius to develop the CV-1000 Carrier Virus, and stole a canister of D/I-7 detergent from Xanatos Enterprises. She took all of these to Saint Damien's Cathedral on the night of the Hunter's Moon in 1996, where she used the Fulfillment Spell engraved on the Medici Tablet to magically combine the CV-1000 Carrier Virus with the D/I-7 detergent to produce a powerful plague that would wipe out all humanity if released. She would activate the Praying Gargoyle to keep her own race safe from the effects of the plague, and then release the virus. Fortunately, she was foiled at the last moment by Goliath, who destroyed the Praying Gargoyle after Demona told him it was the only thing protecting the gargoyles from the virus, thus ensuring that if Demona released the plague, the gargoyles would perish as a result as well as the humans. The Manhattan Clan captured the vial with the plague inside it, and afterwards destroyed it. ("Hunter's Moon Part Two" & "Hunter's Moon Part Three")

Greg Weisman has revealed that had Demona released the plague it would have spread to New Olympus and killed most of the inhabitants there. It would probably not have spread to Avalon. [1] A commonly asked question is what would've happened to Macbeth and Demona due to their magical connection and the fact that Demona turns to a human during the day. [2] Greg Weisman has indicated that whether Macbeth and Demona would've lived or died depended largely on Demona's true intent when casting the spell. [3]