Difference between revisions of "Young Justice" 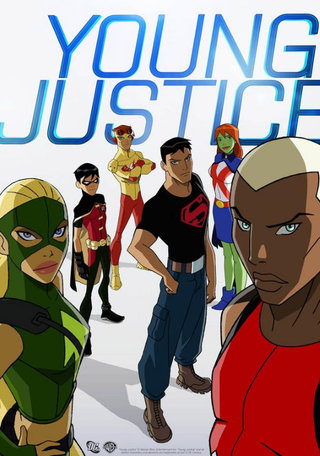 Young Justice is an animated series based on DC comics’ various “sidekick” heroes. The series follows the adventures of Robin, Aqualad, Kid Flash, Superboy, Miss Martian and Artemis, all of whom have been recruited by Batman to act as the Justice League’s covert-ops team. The series was developed and is produced by Brandon Vietti and Greg Weisman.

The series is not an exclusive adaptation of the DC comic title of the same name but rather draws from all across over seventy years of DC canon, particularly the original Teen Titans, the Justice League of America as well as the original Young Justice comic series.

The series premiered on the 26th of November 2010 with a one hour movie.

The following Gargoyles cast members will appear in Young Justice. They are listed in alphabetical order.

In January 2011, the first issue of a monthly spin-off comic, in continuity to the series, was released. #0 was written by Greg Weisman and Kevin Hopps. #1-6 was written by Art Baltazar & Franco Aureliani. The art for #1-4 was provided by Mike Norton. Art, Franco and Mike also produced a YJ story for Young Justice/Batman: The Brave and The Bold Super Sampler which was released for Free Comic Book Day of May 7, 2011.

Christopher Jones did the art for #5 and became the book's regular artist from then on.[1].

Greg Weisman and Kevin Hopps returned to writing for the comic full time as of #7, while having advised Art, Franco and Mike in terms of keeping #1-6 consistent with the continuity.[2]

References to Gargoyles in Young Justice 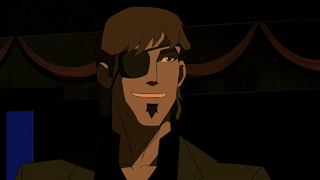 Goliath and Ra's al Ghul are healed but not whole. 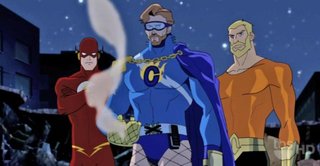