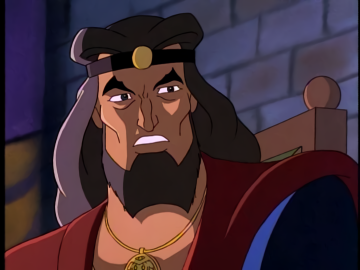 Findlaech Mac Ruaidrí was Macbeth's father, and the High Steward of Castle Moray.

Findlaech sided with Maol Chalvim and the Grim at the Battle of Rathveramoen in 997, fighting against his bitter half-brother Maíl Brigti there. ("The Gate", "Tyrants", "Phoenix")

He and his son were popular among the Scots, leading Duncan to fear that Findlaech would see to it that Macbeth became King of Scotland in his place. To prevent this, in 1020, he sent Gillecomgain the Hunter to Castle Moray to slay Findlaech, a task that Gillecomgain successfully completed. ("City of Stone Part One")

Findlaech was an actual historical figure, whose murder by Gillecomgain in 1020 really did take place. Shakespeare distorts his name to "Sinell" in the play Macbeth.