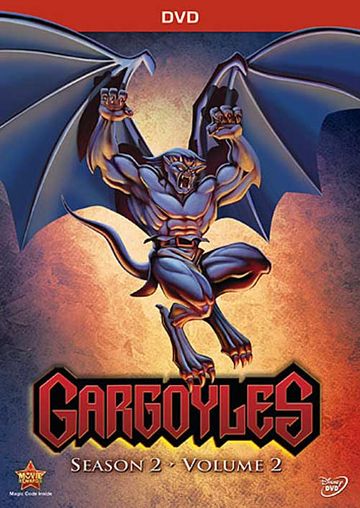 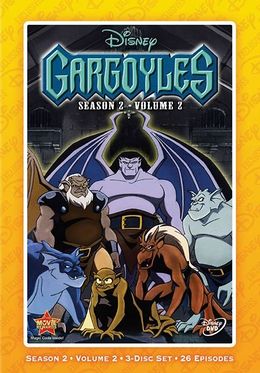 In late August 2013, Disney released the DVD to the general public on their online Disney Store. The following summer Disney released it to Walmart and, in January 2015, the set was finally released to all retail stores. [4]

The ancient struggle between heroes and villains continues among the skyscrapers and bridges of a modern metropolis as GARGOYLES returns for a second season. It's an adventure one thousand years in the making! Goliath, Hudson, Broadway and Brooklyn are back from their stone-cold sleep and ready to save humanity from evil gargoyle clans, banshees and legendary monsters. But will Demona's diabolical plan to exterminate mankind prove to be the Gargoyles' final reckoning? Prepare for thrills and chills in this collectible 3-disc DVD set of GARGOYLES Season 2 Volume 2.