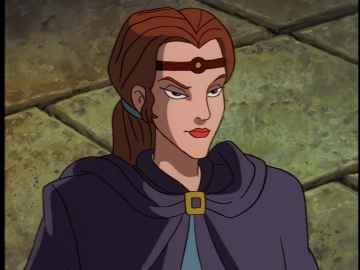 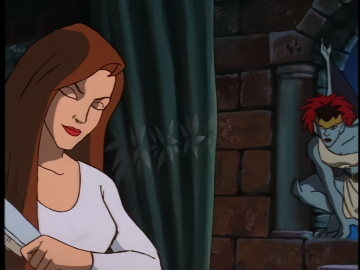 Princess Elena preparing for her wedding

Princess Elena was the wife of Prince Malcolm and mother of Princess Katharine. Her sister is Queen Emma of Normandy. [1]

Princess Elena was born in 956. [2] A daughter of Richard I, the Duke of Normandy, she married Malcolm in 975; her father supplied her with the Phoenix Gate for her dowry. [3] Neither she nor her father knew the true nature of the Gate, but the Archmage did, and sent his bandits to ambush the Princess and steal it from her. She and her escort, the Norman Ambassador, were beset near Castle Wyvern, but rescued by the time-travelling Xanatos, Fox, and Petros Xanatos. That same night, she and Prince Malcolm were married. ("Vows")

At some point between Princess Katharine's birth in 976 and Prince Malcolm's near-death in 984, Princess Elena died, but we do not as yet know the details. [4][5][6]